Kathryn Craft
Conflict (discussed in my April 16 post) is so crucial to creating reader interest that it's never too soon to introduce it. The following authors were able to suggest conflict right off the bat, in their opening sentences. Whether indicative of the story’s central conflict or some other introductory or bridging conflict, these openings pique our curiosity —Ooh, what's this?—and tip us into the story because we want more.

Each of these sentences is sprung with tension born of conflict. They are worth studying.

I was born twice: first, as a baby girl, on a remarkably smogless Detroit day in January of 1960; and then again, as a teenage boy, in an emergency room near Petoskey, Michigan, in August of 1974.

Our car boiled over again just after my mother and I crossed the Continental Divide.

John Irving in A Prayer for Owen Meany (the novel the movie Simon Birch is based on):

The way I see it, being dead is not terribly far off from being on a cruise ship.

I’m a sweating fat kid standing on the edge of the subway platform staring at the tracks.

I was sitting in a taxi, wondering if I had overdressed for the evening, when I looked out the window and saw Mom rooting through a Dumpster.

Hubert Selby, Jr. in Requiem for a Dream (fiction):

Harry locked his mother in the closet.

Ken Follett in Pillars of the Earth (fiction):

The small boys came early to the hanging.

He had replaced five lightbulbs that day and by late afternoon could not help anticipating the soft ping of the filament flying apart whenever he reached for a switch.

Alexandra Robbins in The Overachievers: The Secret Lives of Driven Kids (nonfiction):

On the surface, Julie seemed to have it all. 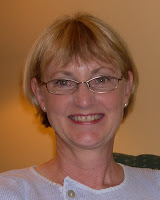 Kathryn Craft is a developmental editor at Writing-Partner.com, an independent manuscript evaluation and editing service. What she believes: 1. Editing forever changed the way she reads. 2. Well-crafted moments of brilliance help her forgive many other problems in a manuscript. 3. All writers have strengths and weaknesses—but why settle for weakness? 4. We can learn as much from what other authors do right as we can from what we do wrong. This is her series, "Busted!—An author caught doing something right."