Writing in the Midst of Too Many Distractions

Polly Iyer
What’s going on in the world is not a mere distraction in the writing process, it’s a mind-bending, hard-to-fathom series of catastrophes with roots in a few different causes. Let me explain.

Without getting specific and naming names, the genesis of my struggles (and I can only specify this post by how it affects me), started way back in 2015 with ugliness rearing its political head, causing a fissure in this country that goes on to this day. We have had divisions in the United States before, but never have they been more apparent, more deeply felt, with two sides locked into their conflicting beliefs, each charting a course that the other side disparages except maybe those that triggered the Civil War. These beliefs are not just polite disagreements but a vicious clash of ideas and direction, steeped in anger and finger-pointing and buoyed by lies and disinformation, promoted by men and women with their own political and personal agendas. Politics has always been a dirty business, going back to the Founders, but with so much at stake, it has now become more of a power struggle than ever before with unimaginable consequences. Many in positions of authority have forgotten that their job is to take care of the people of their states, instead becoming caretakers of their own financial and commercial interests. This applies to both sides of the political spectrum, but the result further divides the country into the haves and have-nots. These divisions are said by many to be the beginning of the end of big D Democracy. The unfortunate part is some want that to happen. It’s all about power and control. 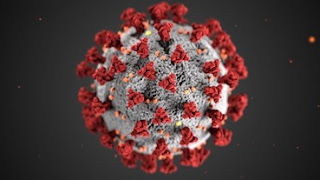 Next, at the very end of 2019, a virus that started in China hit the world with a vengeance. It mirrored the Spanish flu of a hundred years before, which took the lives of millions, including my grandfather. This new corona virus, named COVID 19, became a rallying cry from both sides, where black was white and good was evil. Some claimed the science was nothing more than hocus-pocus, with the learned doctors being called charlatans as they had to modify their medical positions as the virus mutated. People died by the hundreds of thousands for believing false claims about the virus, many finally understanding their folly on their deathbeds. To make matters worse, and because so many people ignored the methods to eradicate the virus, different strains developed, each worse than the one before it. Now, into its third year, things are finally getting back to normal, whatever that is these days, but I for one will not forego my mask quite yet. 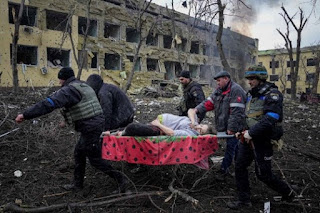 Putting all that aside, we sit in our living rooms each day watching one powerful country wreak havoc on another for no other reason than to restore a lost empire and prevent that weaker country from choosing democracy over tyranny. We see babies and children murdered by bombs, hospitals leveled, families fleeing from their destroyed homes, and we can’t do a damn thing to stop it because it might generate a third world war, one that would inevitably result in nuclear destruction. We are impotent and frustrated, but we’re not alone in those feelings. Countries have joined together to sanction the despot who is resolute in his obsession to conquer the weaker country, though he couldn’t have conceived the bravery and fortitude of its people in fighting back. Even if he’s ultimately victorious, it will be a Pyrrhic victory because the vanquished will never be subjugated to his will. The war is creating unlikely heroes: the TV comedy star who becomes president of the country and rises to the occasion of wartime leader, the woman who flashes a sign on the Russian nightly news warning of the war to an uninformed public, the journalists who are working and dying to bring the facts to the world, the men who carry their families to safety before returning to fight for their freedom. Yes, this is what FREEDOM is all about.

In spite of all that’s going on, ordinary people are being taxed by higher gas prices, not because of the war, but because of greedy oil suppliers that once again see a way to make money. And still we complain and blame the blameless. We’re facing food shortages because of supply chain issues, and still we complain because it always comes back to our pocketbooks. Heaven help us if we had to survive World War II when many of our parents and grandparents had to buckle their belts and make do with what they could to exist. You know, for the cause of FREEDOM.

So those of us who are having problems writing might for once claim a reason to be unable to concentrate. Our written stories seem petty and insignificant in the light of what others are experiencing right now. We try to ignore the aforementioned divisions in our country, the truckers who rally to protest about mask mandates, the children dying before our eyes, the cities bombed to smithereens, the psychopathic tyrant who has no other consideration than to restore his country to the greatness of the bygone era of Peter the Great and to hell with anyone who stands in his way. Just keep in mind that those few moments we can write a chapter or two allows us to block out all the world’s problems that have become our problems. It doesn’t last long, but even that brief respite helps.