Rules - Be Afraid, Be Very Afraid

Maryannwrites
In keeping with the October theme here at The Blood-Red-Pencil, loosely connected to Halloween and fears and all that, I thought I'd pop in with something that has bothered me for some time now, and that is the proliferation of writing rules that can leave a new writer's head spinning. I got the idea after reading a blog post over at the Author's Community site, about rules of writing. A lot of rules have popped up over the years I've been writing, and more and more they are matters of opinion, often contradictory, hence the head-spinning and all that. 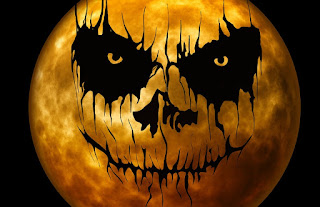 Some of the more popular rules that are cited on the blog post I read, and elsewhere, are Elmore Leonard's famous rules that include:
Polly Iyer posted her response to the ten rules here at the Blood-Red-Pencil four years ago, and it is interesting to see that her take on it is pretty close to mine.

If I wanted to post a rule of writing, it would be to "never say never." Nothing is cast in stone when it comes to writing a good story, except write a good story. All these other things are mere guidelines to help one along the way, and books are published every day that break all these so-called rules.
So write away my friends. Write away.