Linda Lane
March is Women's History Month, and we at BRP are honoring prominent women both historical and present-day. When I began to consider this topic, several names came to mind. I whittled the list down to three, but I couldn't in good conscience eliminate any of those because of their impact on history. 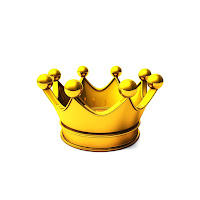 Queen Esther, an orphan girl living in Persia during the reign of King Ahasuerus, descended from Jewish captives and grew up in the city of Shushan. The king sought a replacement for the disobedient queen he had banished, and he ordered the beautiful virgins in the land to appear before him so he could choose her successor. Warned not to divulge that she was a Jew, Esther was chosen to be the new queen and soon earned the reputation of treating her husband with great humility and respect. When she learned the Persian prime minister plotted to kill all the Jews and, in fact, had authorization from the king to do so, she humbly but urgently appealed to her husband without first gaining permission to speak with him—an unlawful act that could have resulted in her being put to death. As a result of her courage and the humility and respect with which she approached the king, the Jews were not only spared annihilation, but they eventually were released to return to their homeland. 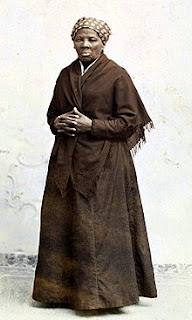 Harriet Tubman, born Araminta Ross, later adopted the name of Harriet in honor of her mother and kept the surname of her first husband, John Tubman. As a child, she was hired out to various masters and beaten regularly. One master, throwing a heavy metal weight at a runaway slave, instead hit her in the head, fracturing her skull and leaving her with lifelong headaches and seizures. Determined not to be deterred by what some would today declare as disabilities, she escaped the fetters of slavery to become an abolitionist and humanitarian and serve as a spy and scout (as well as nurse and cook) for the North during the Civil War. She rescued some 70 slaves—family, friends, and others—and helped them escape captivity via the Underground Railroad. A courageous leader, she headed an armed raid that ultimately freed some 700 slaves. After the war, she retired to care for her aging parents in a home on property she had purchased in New York. Years later, working alongside suffragettes such as Susan B. Anthony and Emily Howland, she spoke widely and publicly in favor of giving women the right to vote. She was also keynote speaker at the first meeting of the National Federation of Afro-American Women in 1896. Harriet Tubman died in 1913 in an old folks' home for elderly African Americans she had helped to establish years earlier.

Marian Anderson, American contralto born in Philadelphia in 1897, was reportedly declared by famed conductor Arturo Toscanini to possess "a voice heard but once in a century." She began singing in church at the age of six and was soon earning 25 to 50 cents for singing at local events. As a young teenager, she received as much as four or five dollars per performance, a significant wage in the early twentieth century. Denied entry into the Philadelphia Music Academy because of her color, she studied privately through the black community and won first place in a singing competition sponsored by the New York Philharmonic, which earned her a concert performance with the orchestra in 1925 and won raves from attendees as well as critics. Despite her incredible talent, however, racial prejudice prevented her from achieving the success she so richly deserved. Even a stellar performance at Carnegie Hall in 1928 didn't open the doors of opportunity, and she made her European debut in London in 1933. Back in the States in the late thirties, she performed in some 70 concerts but was still not allowed lodging and meals in a number of establishments. In 1939 the Daughters of the American Revolution denied her manager's request for a performance at Washington DC's Constitution Hall, where DAR policy permitted only white performers. The backlash from this denial reverberated throughout the country, led by Eleanor Roosevelt, who withdrew her membership from that organization in protest of its racial prejudice. The public uproar resulted in an invitation to perform at the Lincoln Memorial; that open-air performance was attended by over 75,000 people and heard by millions more on the radio. In 1955 Ms. Anderson became the first black person to appear on the stage of the Metropolitan Opera in New York City. She sang the national anthem at Kennedy's inauguration in 1961, and two years later, he presented her with the Presidential Medal of Freedom. Among other awards and recognition for her immense talent and her contribution to the acceptance of future black entertainers, she received the Congressional Gold Medal in 1977, the National Medal of Arts in 1986, and a Grammy Lifetime Achievement Award in 1991. Marian Anderson died at age 96 in Portland, Oregon.

These three women paved the way for others to follow in their paths. Role models in their lifetimes, they indeed deserve their place in history. What women past or present do you admire?