Do You Believe in Psychics?

Polly Iyer
I have no idea what made me choose a psychic for a main character―a woman who, by touch, can see into another world. It started when she was six years old and found a missing neighbor’s child by picking up the boy’s stuffed animal. At that time, no one knew she had “the gift.” Her wily, con-man father turned her into a phenomenon and then an entertainment act.

I’m not a particular believer in the occult or in psychic phenomena, but I have a friend who has visited many psychics and swears that they could not have known what they told her during her sessions. One even insisted she had three children. She has two, but the psychic wouldn’t back down. Then my friend thought of the miscarriage she had between her two children. Another told her she’d be going to Florence in the near future. Three months later, she did.

In a rather creepy experience, my friend sought out a medium after her daughter died. She wanted to see if she could make contact. Here’s what she wrote me—I paraphrased to keep names out and with her full permission:

Connecting with my daughter was by appointment and by phone.

Both ladies—two different times--asked me to concentrate on who I wanted to come through. Then she would tell me by describing the person or persons she was seeing. There were always more than one. My father, my maternal grandmother, my husband’s brother, etc.

It was always accurate as to their description and what they had to say.

I have no desire to see a psychic who would forecast my future. In fact, I can’t imagine it. What if it’s something bad? What then? Plus, my cynical nature would probably poo-poo the whole experience, which rather defeats the purpose. One has to be predisposed to believe psychic phenomena exists.

As for my character in the Diana Racine Psychic Suspense series, Diana can see things when she touches someone or something belonging to a person. In the first book, Mind Games, her first psychic experience to readers is when she finds a missing murdered woman by holding an article of her clothing. Even the cop who will become her lover doesn’t accept she can do what she does, but he becomes a believer when Diana leads him to the body. In the last book, Backlash, Diana channels the body of her murdered friend and sees the last thing he saw, which was another dead body.

Many people believe in the paranormal and hold a particular fascination for all sorts of supernatural, psychic mind-delving. Books about psychics do well in sales, even mine at times. Psychics abound on TV, some claiming they can connect you with your loved ones; others even work with the police to track either missing persons or killers, as does my character, Diana. As I researched the book, I found mention of many psychics, some famous, some charlatans, some working out of their homes. There’s no doubt that some people have “the sight.” The ability to sense when something happens to someone close runs through another friend’s family.

When I put “Psychics” into Google, I got no less than thirty-four famous names in modern times. There's even a paranormal mention in Shakespeare’s Hamlet, and of course, there was Nostradamus from the sixteenth century. 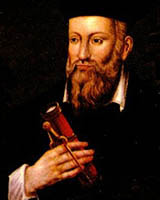 I guess whether you believe in the paranormal or not, their stories and the stories of the people with firsthand knowledge fascinate me and others. Maybe we want to believe there’s something on the other side. Harry Houdini believed and said he’d let the mortal world know after his death. So far, he hasn't.