Polly Iyer
I had always wanted to create a book trailer. I’d seen others do it and thought if they could do it, so could I. Microsoft Movie Maker came loaded on my computer, so why not give it a try? I figured out how it worked by trial and error and a tutorial, then made an outline of the story, something I don’t do with my books. I’m strictly a pantser with an idea of where I’m going. A vague idea.

So which book did I want to present in visuals? It really was a no-brainer—Hooked.

It’s the book in which I see my characters more clearly than the others. Plus, the story lends itself to a trailer. Hooked is the book I chose for my first, and last, effort at writing a screenplay. I even entered it in a competition, getting nowhere, but it was another challenge I wanted to try. I thought it would make a fun movie, because if you have a certain sense of humor, parts of the book are funny, and there’s enough suspense to keep today’s impatient viewer interested. I cast Brad Pitt and Angelina Jolie in the leads. Yeah, right!

I began the trailer where the book starts, with Lincoln Walsh, NYPD sex crime investigator, seeking out Tawny Dell, retired call girl extraordinaire, on a South Carolina beach to hook her into going undercover in a high-class New York City brothel to find out who was killing prostitutes. If she doesn’t comply, he’ll turn her over to the IRS for avoiding to pay taxes on all that money she stashed overseas. Yes, it’s blackmail. He has her over a barrel with no way out other than to do what he wants. I described Linc as looking like an old Roman coin, and Tawny would stop traffic even in the land of beautiful people. 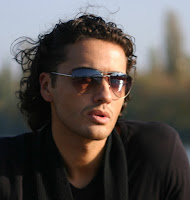 It’s not unusual in the high-priced world of New York call girls for Tawny to know the owner of the brothel, ex-Wall Street hedge fund manager and first-class letch, Benny Cooper. He’d been trying to hook her into his harem for years. 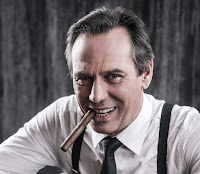 Tawny also knows of his wife, Eileen, another retired call girl who latched on to her Pretty Woman millionaire. 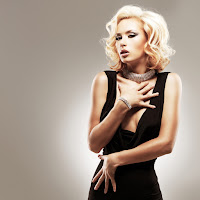 And while Tawny’s doing undercover work for the police, who should turn up at the brothel? Her old client, Mario Russo, mob boss of one of New York’s five boroughs. Complicated enough?

I used four different sources for my photos and found a great site for the music to pull it all together. The music ran a little short, but it was dramatic and conveyed danger. All are listed at the end of the trailer.

I made a few mistakes, but I didn’t realize it until it played a number of times and people mentioned it. I should have let the review copy run a little longer. One of them zips by too fast, but the viewer can always Pause the video. Two other mistakes I should have seen without help. I won't mention what they are. I didn't want to correct them because I’d lose all my views on YouTube. The whole trailer cost me just under $100, but it took about three days to make, which included searching for the perfect photos. Watch the video here: