Novels with a Message

Polly Iyer
As a writer or reader, how do you feel about novels with a message? A writer aims to tell a good story to entertain, but do you tackle subject matters that have socially conscious significance? As a reader, do you prefer pure entertainment without a brain strain, or do you enjoy reading a book that makes you think? I’m not sure I’ve incorporated “issues” in my books intentionally, but every one of them makes a statement about something important, at least to me.

I’ve written seven books, an eighth coming out soon, and I’ve dealt with an array of topics that I hope causes people to think. Greed is a big story motivator for me because it drives people to do things they might not do if money or power wasn’t involved. 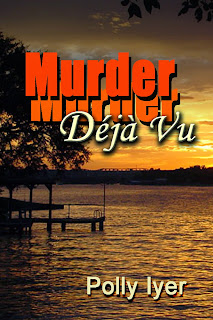 The best compliment I ever received about any of my books came from a woman who lives with a man who spent ten years in prison for a murder he didn’t commit, even though DNA at the scene of the crime didn’t match his. He was convicted on bite marks. Yes, the victim was bitten, and the suspect’s teeth matched the bite. The bite “expert” was the only witness, and he was paid $60,000 for his testimony. After ten years in prison, my e-mailer’s partner was exonerated after the real killer committed another crime, leaving the telltale DNA.

The woman told me that I absolutely nailed the character in my book, Murder Déjà Vu. My protagonist, Reece Daughtry, spent fifteen years in prison for a murder he didn’t commit. He was fast-tracked to prison on circumstantial evidence presented by an aggressive district attorney eager to close the case on the heinous crime. Oh, and maybe to make a name for himself. After being released, Daughtry suffers from a form of PTSD, and my e-mailer said she recognized the symptoms.

We know now that this happens all the time. Being able to match saved DNA from crimes to a national data bank has helped free countless individuals serving unwarranted sentences. Organizations such as The Innocence Project have sprung up to fight for those individuals wrongly accused.

I’ve tackled other subjects too. My Diana Racine Psychic Suspense series is a mother lode of social consciousness. One reviewer of Mind Games, the first book in the series, chided me for depicting the racism Diana’s father exhibits toward Diana’s love interest, New Orleans police lieutenant Ernie Lucier, because he’s multiracial. The reader said it was an antiquated portrayal. Uh, really? I don’t think I have to elaborate on that one, considering what’s going on in this country today. My other books tackle such issues as a biased justice system, disability, billionaires trying to control the world, and child abuse. Not light reading, for sure.

Incorporating controversial topics wrapped in a page-turning story of fiction can be tricky. The objective is to present the subject without beating the reader over the head or preaching.

As writers or readers, how do you feel about novels with a message?