The Only Thing We Have to Fear… 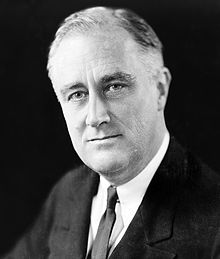 Franklin Delano Roosevelt uttered those immortal words in his 1933 Inaugural Address. While they then applied to his country in the throes of the Great Depression, they can have numerous other applications, among them to writers who have been intimidated by the iron hand of traditional publishing.

Under the wings of that old and revered industry, unknown authors were transformed into household names, and best sellers sprang forth from mediocre works—with the help of competent editors. Then as now, however, these were the exceptions; most hopeful writers who submitted manuscripts received form letters rejecting their work. A privileged few got personalized responses, and a tiny minority went on to be published.

Writers pour heart and soul into their work, only to have their hopes crushed by rejection after rejection. The keynote speaker at a seminar I attended a few years ago suggested that we toughen up; he said, "Our books are not our babies." Really? I have yet to work with an author who has severed herself from her work. That umbilical cord typically remains intact throughout the writing process and often well beyond, and those rejection letters hurt. Then, when they keep coming, they begin to generate fear—fear that our work isn’t good enough, fear that we aren’t good enough, fear that we will never realize our dream of being a published writer, etc. Those same fears, on the other hand, helped to generate the environment out of which grew the new world of publishing. Today, independent/self-publishing rivals the old system and the old ways. Once considered the illegitimate child of the industry, it now is coming into its own as more and more independently published authors’ works are being recognized as worthy of a serious read.

For the first time, we control what we do in the industry that once exerted total control over us and our publishing future. Franklin Roosevelt had the right idea: the only thing we have to fear is fear itself. And what would that fear be now? That our own short-sightedness in not taking every necessary step to make our books stand out in excellence in the re-invented world of publishing would limit our opportunity for success?

What are your fears about publishing? Do you feel your opportunities for publication are better today than they have ever been? How have you handled your fears about becoming a published writer?

Linda Lane writes, edits, and publishes books. She supports independent and self-publishing by responsible writers who strive to make the new face of publishing as revered as its counterpart from generations past. Visit her at www.denvereditor.com.