Kathryn Craft
I was scared to call him.

I had told myself I was free and clear to write my memoir, Standoff at Ronnie’s Place, about my first husband’s suicide. My sons, now 22 and 24, had generously given me the green light. Ron’s parents had died, the executor to his mother’s estate had died, my father had died, and my mother suffered from a dementia that would keep her from reading it even if she wanted to. My siblings had provided input and would not stand in the way. The first chapter had even been published.

The stakes for completing the project were on the rise. Last summer I found out that Ron’s first wife, who’d been a staunch cheerleader for the project, was diagnosed with ALS (Lou Gehrig’s disease). She also happens to be my target reader. I’d overcome that first nasty fear of the memoirist—“Who would want to read about me?”—by answering, Deirdre does. She’d always said, “But you and Ron had children together. How on earth did you raise those boys after Ron killed himself?” I aimed to tell her.

But as I neared writing the centerpiece of the project—the all-day suicide standoff at our little Berks County farm—I realized I’d been fooling myself. There was another person involved, one so tortured by these events that despite a lifelong friendship he hadn’t spoken to me in 12 years.

I could disguise him, I thought. Change his first name and other identifying details. But no—my entire project was a search for meaning, and I’d found so much of it in the details of his life, living as he did on the edge of the lake we both considered a spiritual home, in the camp where my father grew up, warmed by a fireplace built by a grandfather I’d never known. To mask such detail would sap the power from my story. And I’d never get away with changing his name. The nearby town is small. The details would reveal him. I could change the name of the lake, put it in another state—but that would be a thin disguise. I run writing retreats for women at our lakeside home. Too many people associate me with it.

A literary attorney told me that the project was dead in the water unless I wanted to fictionalize everything. Or—get his permission to proceed. In writing. All legal-like. Meanwhile, Deirdre's decline outstripped my progress.

Day after day this summer, as Deirdre clung to her functionality by being fitted with braces to keep her walking, learning to “speak” through a computer and “eat” through a stomach tube, my project remained in limbo. I watched Steve from afar. His camp—my grandfather’s camp, on a road named after him—is just six doors down the shoreline. Time was evaporating if I wanted Deirdre to ever read my memoir. I screwed up my courage and…

…couldn’t do it. He had a family now. I saw him splashing in the water with his squealing five-year-old son, laughing, then pulling his girlfriend’s older kids behind his motorboat on a tube. Enjoying a beer on the dock with friends. What right did I have to insert my need to tell my story into any of that? 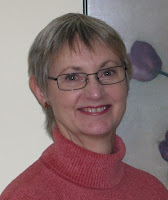 Kathryn Craft is a developmental editor at Writing-Partner.com, an independent manuscript evaluation and line editing service. Formerly a dance critic and arts journalist, she now writes women's fiction and memoir. At her blog, Healing through Writing, she is currently posting about the philosophical, logistical, and biological challenges of healing from a triple ankle fracture sustained during Hurricane Irene.