We can all use a little help in editing our work before sending it off to another editor for a final go-through. I do my best with my books, and I'm always surprised at how many mistakes my editor catches after I think I've got them all. In my years of editing for others and teaching editing workshops, I've come up with a list of tips that you might consider a good resource. Some of these have been written about before, here and on other blogs dedicated to writers and writing advice, but they are basics that bear repeating as a reminder. 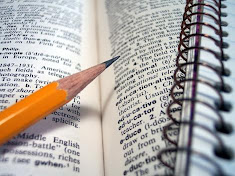 1. Avoid using wordage that has become so common that it's almost a cliche.

When writing our first draft of a new story, we put down anything that comes to our mind, and often that is the most ordinary wordage.  In the second draft, the challenge is to change those ordinary words and phrases to make them a fresh delight for the reader.

One example of an overused phrase that comes to mind is having people turn on their heel. I'm seeing that a lot in books I've read recently for review. Authors use that phrase when they want to show a character who's moving with some strong emotion driving them - like exasperation or frustration. To have them turn on their heel is an adequate presentation, but do we want just adequate in our writing? There are other ways of showing the same thing. For instance: Blowing out a great huff of exasperation, Samantha turned and walked briskly to the door.

Those eyes of his. A common phrase used in romance novels that is now spilling over to romantic suspense and some women's novels. My first thought always is, well, who else's eyes would they be? The intent of the writer is to indicate how enamored the heroine is with the hero's eyes. But wouldn't this work just as well, or maybe even better: Sarah gazed into Ralph's deep azure eyes and knew she could stay there forever.

2.  Look for repetition of words.

For example, in a scene with a car, how many times did you use the word car? Circle the word every time you see it, then go back and change some, take others out.

Circle a character's name. Can you substitute a pronoun for some of them, a noun for others?

Circle the word 'said.' Can the dialogue stand without it? Can a character action take the place of an attributive? "Sit down," Mary said, motioning to a chair. "Sit down." Mary motioned to a chair.

3. Clauses used in the wrong place.

Words between a subject and verb do not change the number of the verb. Example: The beauty of the garden - the roses, irises, petunias- is a sight to behold. The subject is 'beauty' - a singular noun that takes a singular verb.

5. Action/motivation not in the right place.

6. Be careful about using qualifiers such as: rather, very, little, almost, pretty.

Example: At the sound of the door opening, she almost lost it. Better: Hearing the creak of the opening door, she forced herself not to whirl in panic.

7. Avoid weak words such as: while, since, somewhat.

8. Look out for unspecific nouns and vague words such as: something, anything.

Example: A noise from the direction of the basement scared her. What kind of noise?  Better: Hearing the faint scraping of metal against concrete, Becky backed away from the basement door.

Weak: Sam is not a very open person. Better: Sam protects his feelings like an emotional miser.

Don't get me wrong. There are times when was or is can be used quite effectively, and don't go through your manuscript and take them all out - as some people suggest in writer's groups. An action currently in progress calls for the use of was or is. John is running through the park. Which means he's still afoot. John ran through the park, indicates that he is finished.

10. Check for any phrase or word that is not needed.

Examples: laughed (to herself) shrugged (his shoulders) nodded (his head) thought (to herself). A final word or two about nodding. Remember that a nod is always a sign of an affirmative response to a question. One does not 'nod her head, no.' A shake of the head is a 'no' response, and there, since one can shake many body parts, it is important to say the character shook his or her head.

I hope you find these tips helpful, and if you have any to add, please do share in a comment.